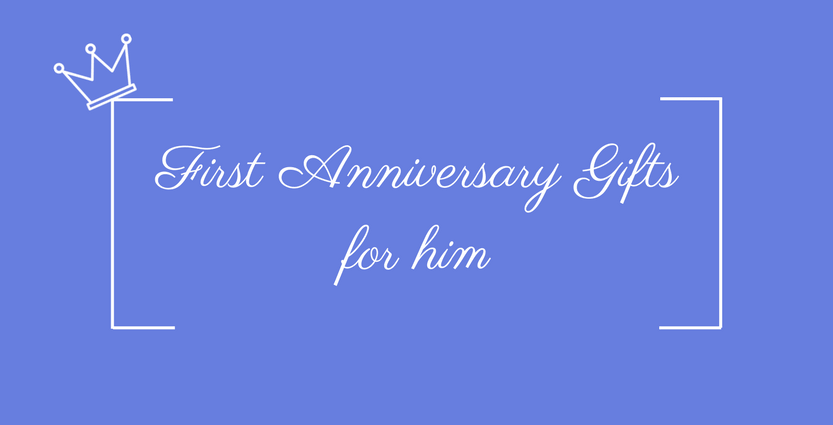 It’s your big day, your first anniversary. He gets you flowers. He gets you presents, and does everything in his realm to woo you and make you feel special.

It’s only fair that you do something nice for him too. Luckily for you, guys aren’t even that hard to please.

Still, you could be lost on ideas, which is exactly what we are here for. If you go to literally any website on the internet, most of them will just have a long list of gift items. No hard feelings against them, but that is simply product listing and nothing else.

We aren’t against gifting materialistic things though. We just think gifts should hold little more personal meaning instead of just choosing gifts from the first online gift shop you come across.

Here is a list of some awesome anniversary gifts.

It’s only been a year together, but there must have been plenty of memories already there to share a laugh together. While you will be creating hundreds and thousands of memories down the years it’s definitely a nice gesture to relive the ones you have already created. And what better way to do it than to put a video together for all your memories?

You can put all your worries regarding the expenses and video-making skills required aside. With PICOVICO, creating an interactive video is merely a matter of minutes. All you need to do is upload your lovely photos that you want to feature in your video onto Picovico work-space after you log in. Add your “THAT” song, put captions to make your video interactive and that’s it. Picovico is an automated slideshow video making engine which automatically renders your video once you have put together photos and music.

Here’s a tutorial on:

How to create an Anniversary Video?

First things first, it’s merely an expression. A million dollar guitar might not even exist, so don’t worry, it’s not every guy’s fantasy item.

The million dollar guitar is merely serving as an emblematic to things, hobbies and art forms held dear by people. In the hectic schedule of 21st century, we can’t really afford to pursue art while also sustaining our daily lives. If he also falls under the category, he will definitely be pleased to receive a thoughtful gift as such. It could be an art kit, musical instrument, or any other thing that encourages him to pursue what he is passionate about.

Necessities could be anything from a box of shaving kit to gym membership. A practical man will definitely appreciate his necessities being taken care of by his better half.

However, there are some things you could look into while gifting him his necessities. For instance, he might have been wanting to join gym for whatever reasons, and might not have done so for different reasons. Purchasing gym subscriptions for him would definitely be regarded on a higher note as opposed to presenting him with a new bottle of body-spray.

Time is definitely an essence, and there is no sweeter gift than this unparalleled entity. In this day and age, life is hectic and even lovers hardly get enough time to spend with each other. You will always have time for work or any other trivialities of the daily lives, but you should treasure the finite moments you get to spend with your dearest ones.

Go for a vacation this anniversary even if it’s just a short one. Or, you could just give each other your day. Catch a movie, talk to each other, cook together, and create some more memories. One that you will look back even after years and years with love.

There seem to be a new kind of gadget coming out every month or so, and while some are not even worth turning your head over, others definitely make lives easier. Your man will definitely enjoy any gadget that will make his life easier.

It could be a kindle, wireless headphones, or just about anything that he doesn’t have but need. If you’re looking for something extraordinary there’s been talks of this new pair of techy sun-glasses that serves as wireless headphones transmitting sound via vibrations), can be connected to smartphones for calling purposes. Pretty cool, right? And there are plenty other gadgets that you can choose to gift him.

All in all, anniversary isn’t about the gifts you give him. Rather, it’s about the love you guys share with each other.

Let us know what is the best gift you have received or given in the comments below. What do you think about the idea to gift an anniversary video whether as a standalone gift or as a complimentary gift along with something else?

If you have any queries regarding Picovico or video-making, do write to us at support@picovico.com. 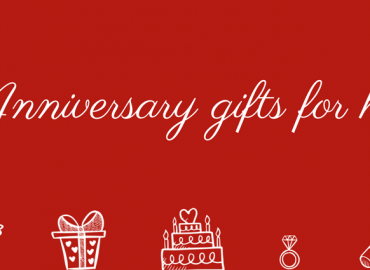 5 Special Anniversary Gifts for Her 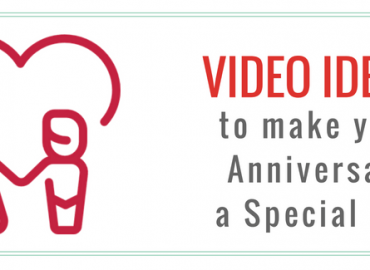 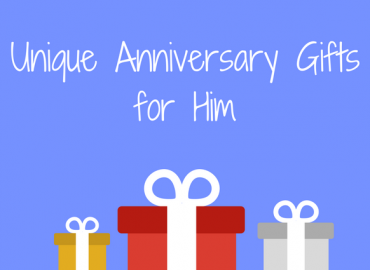 5 Unique Anniversary Gifts for Him 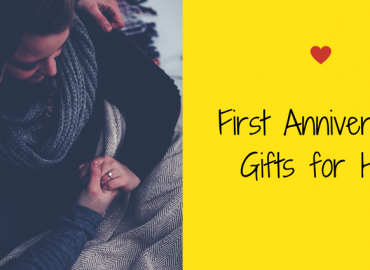 First Anniversary Gifts for Her